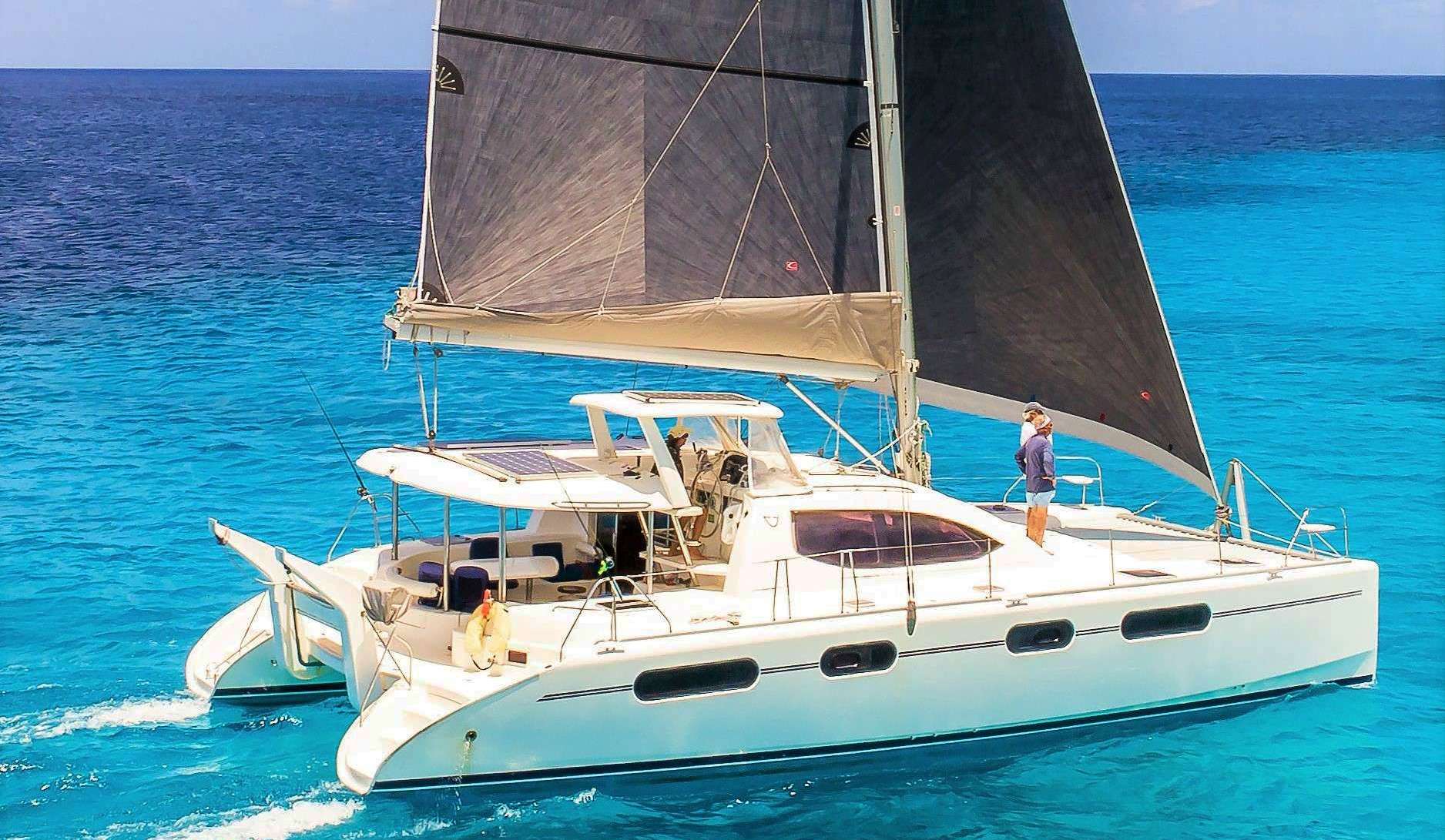 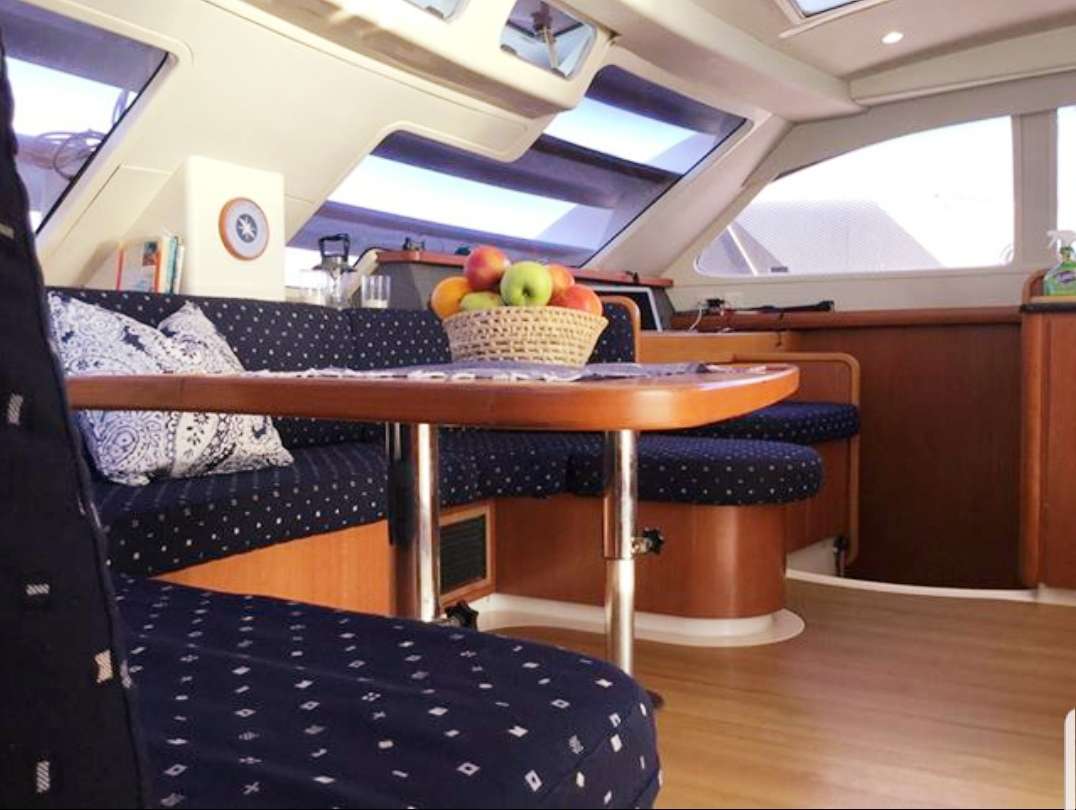 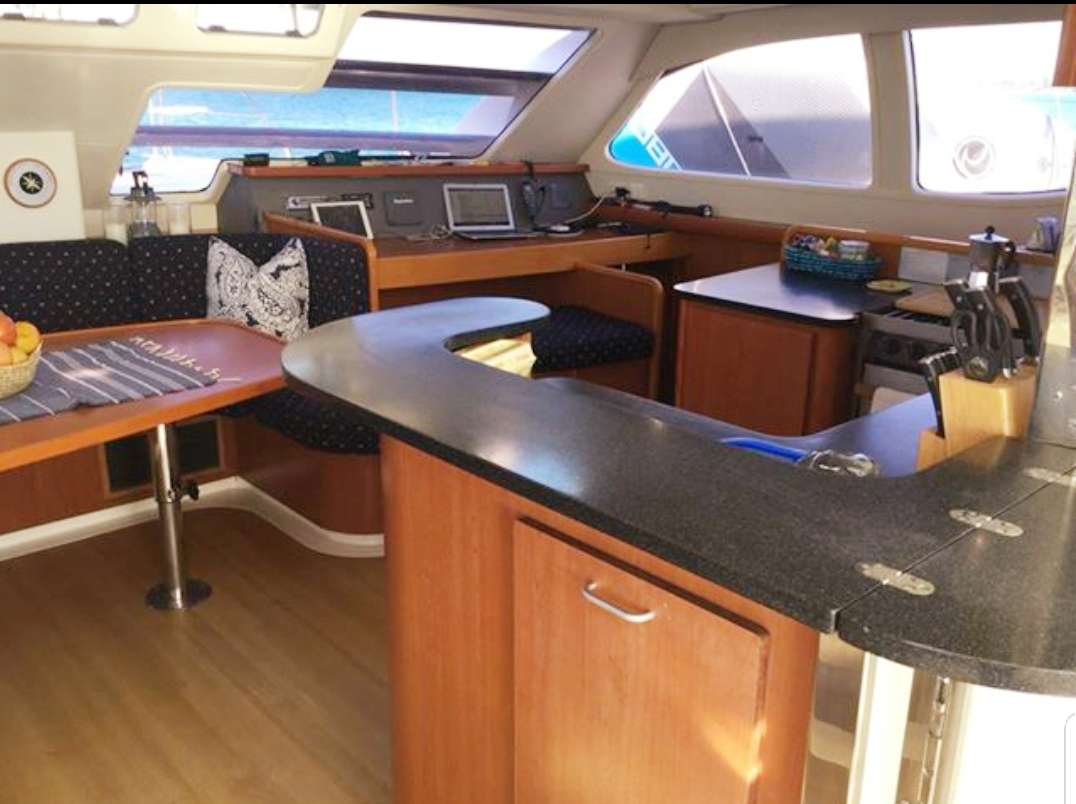 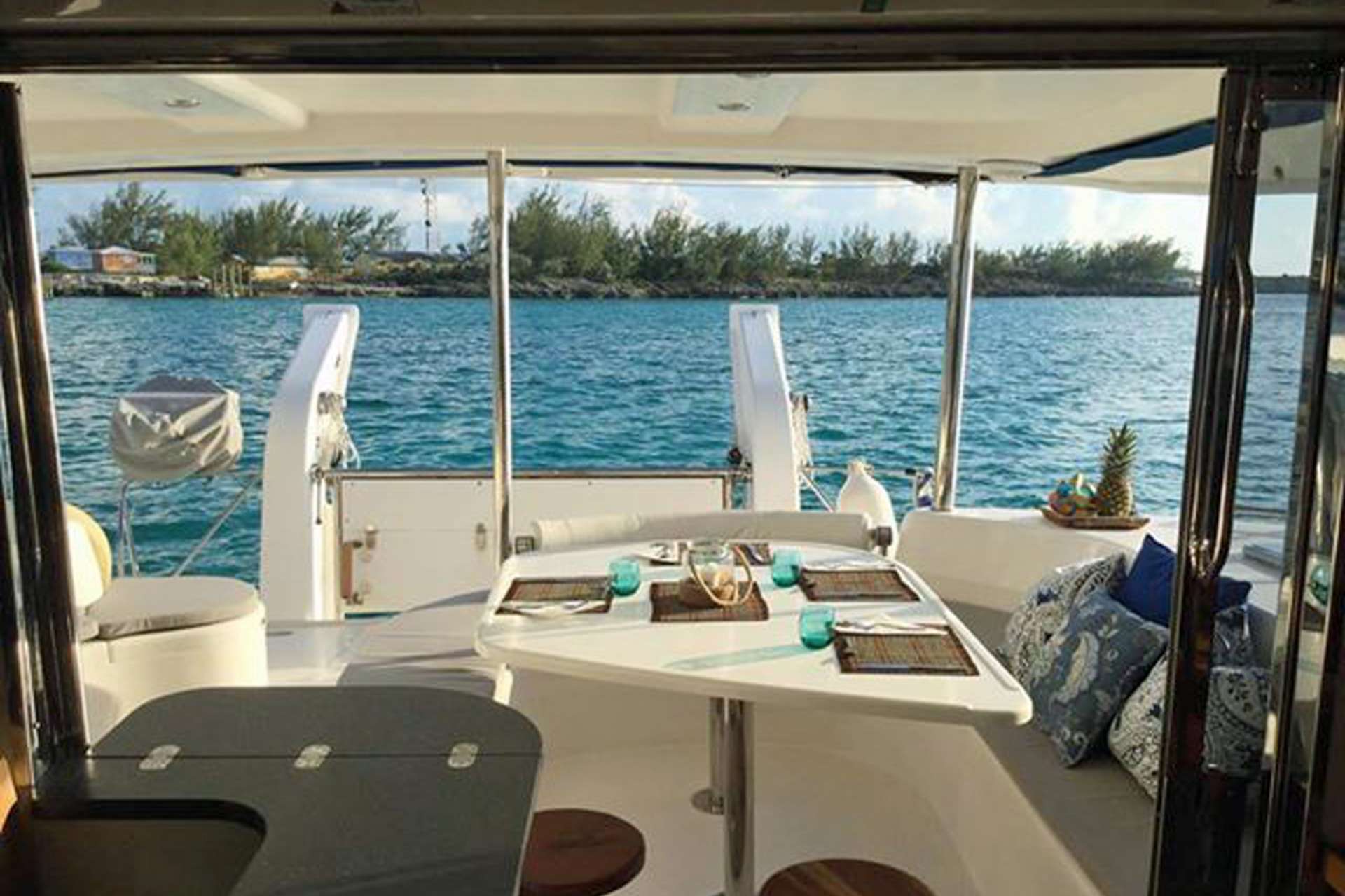 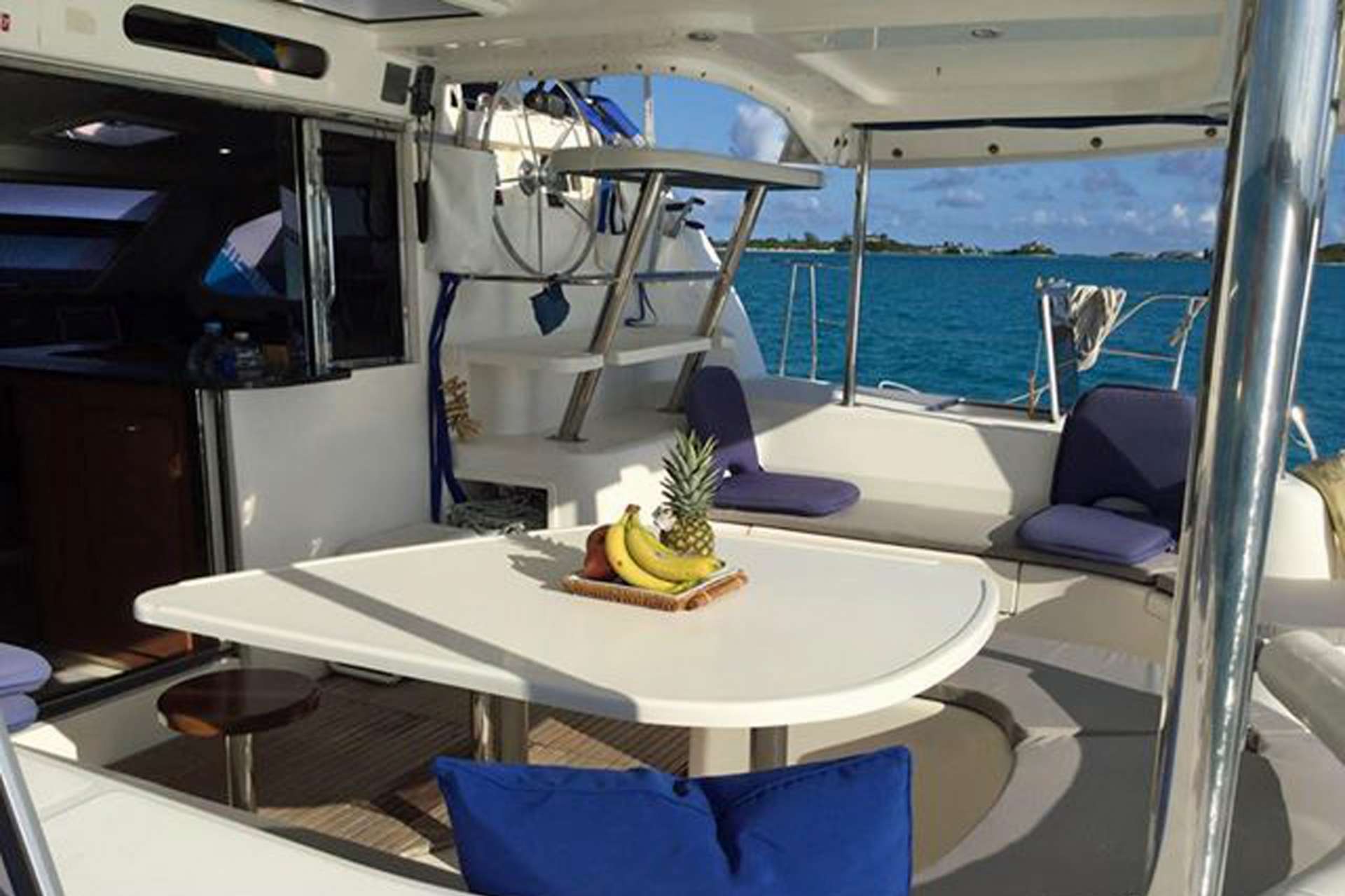 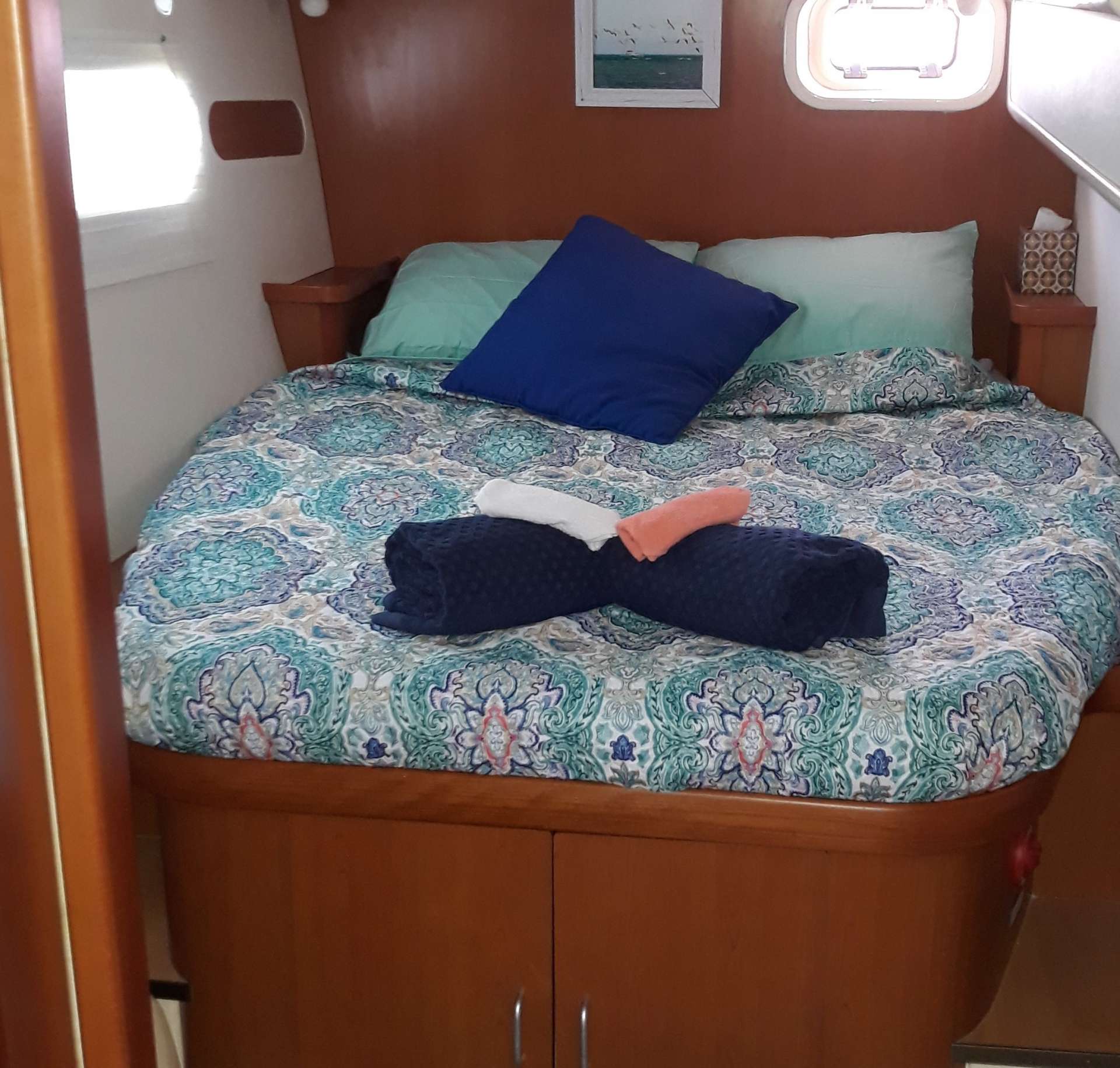 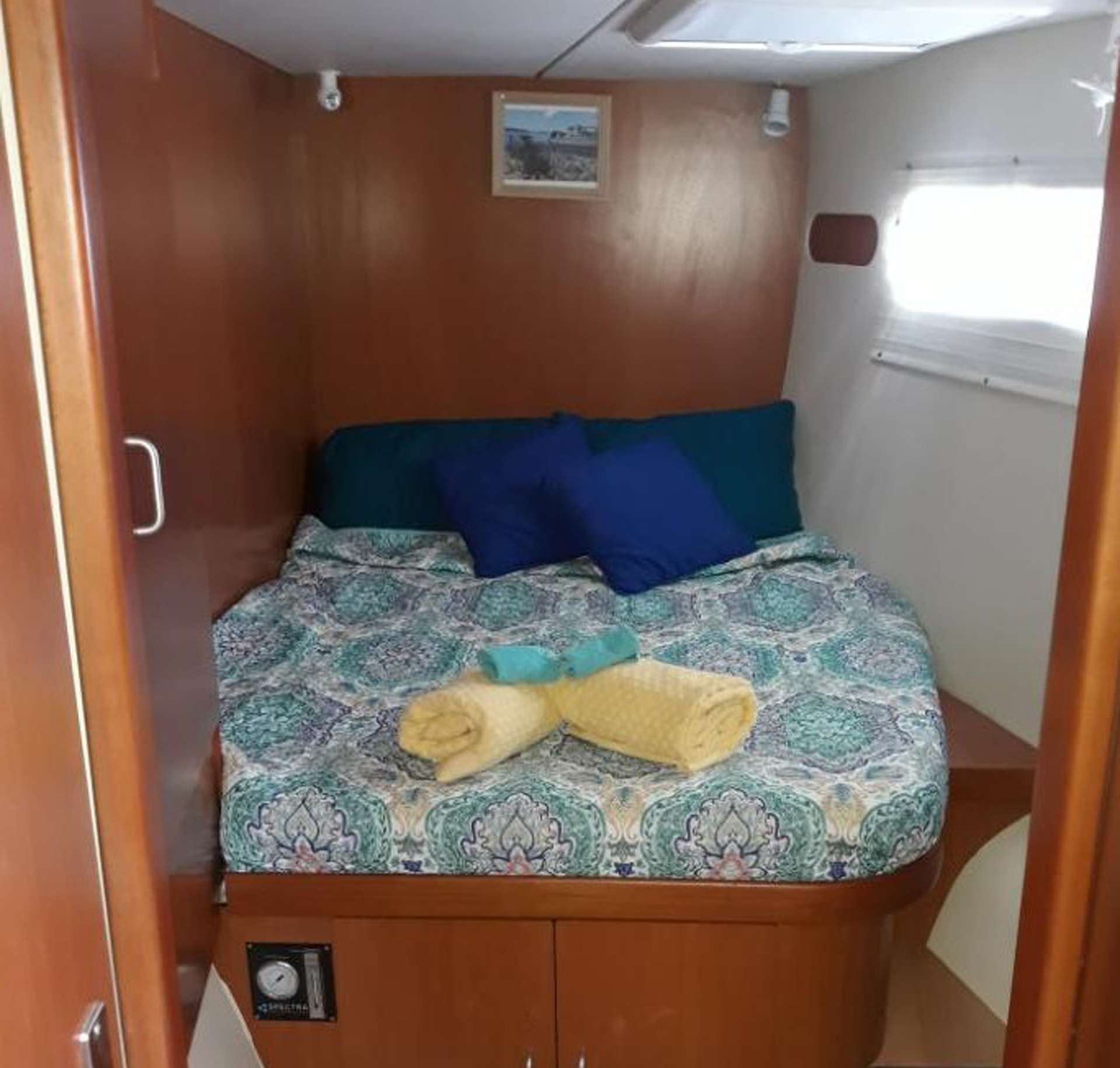 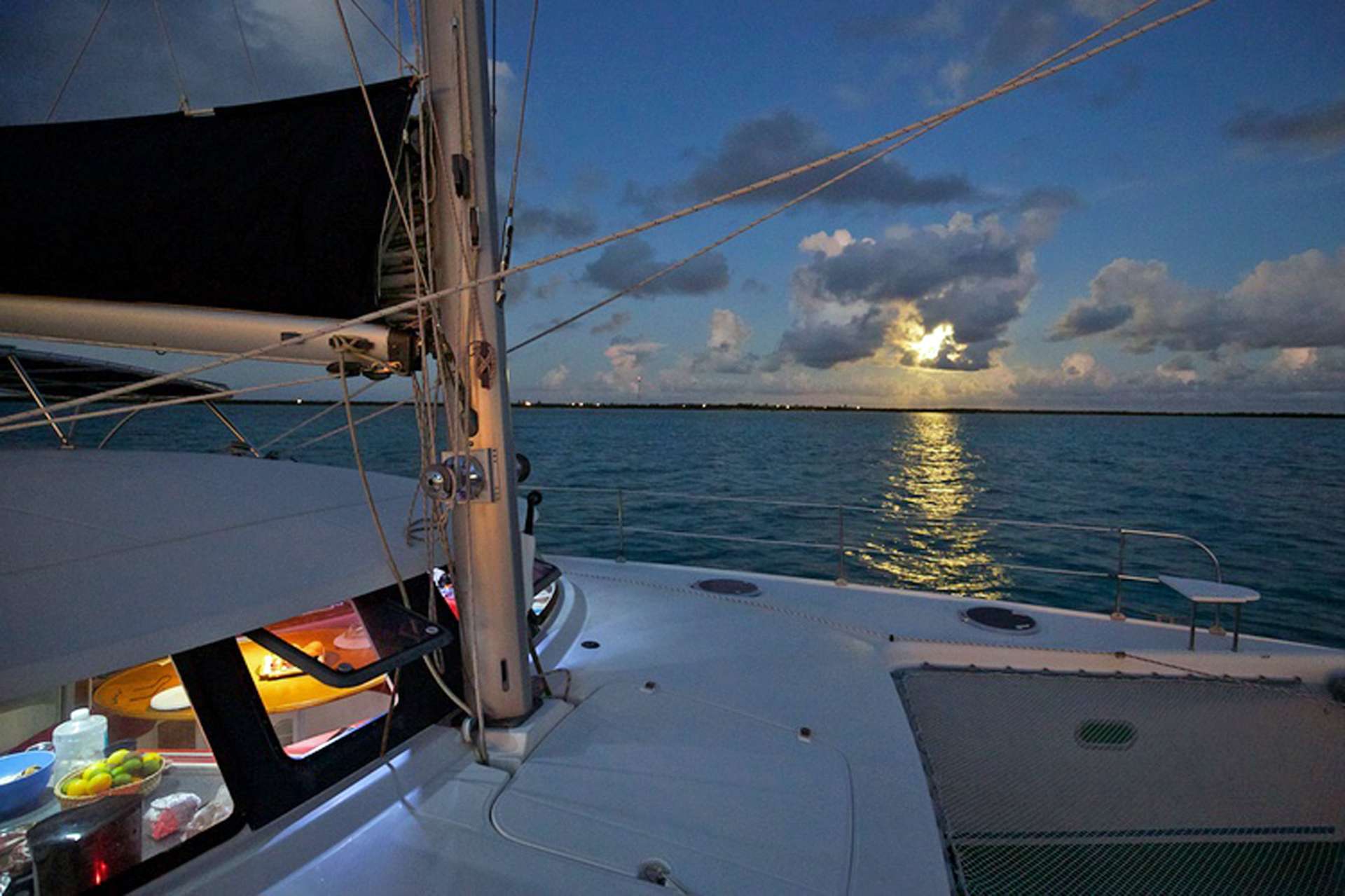 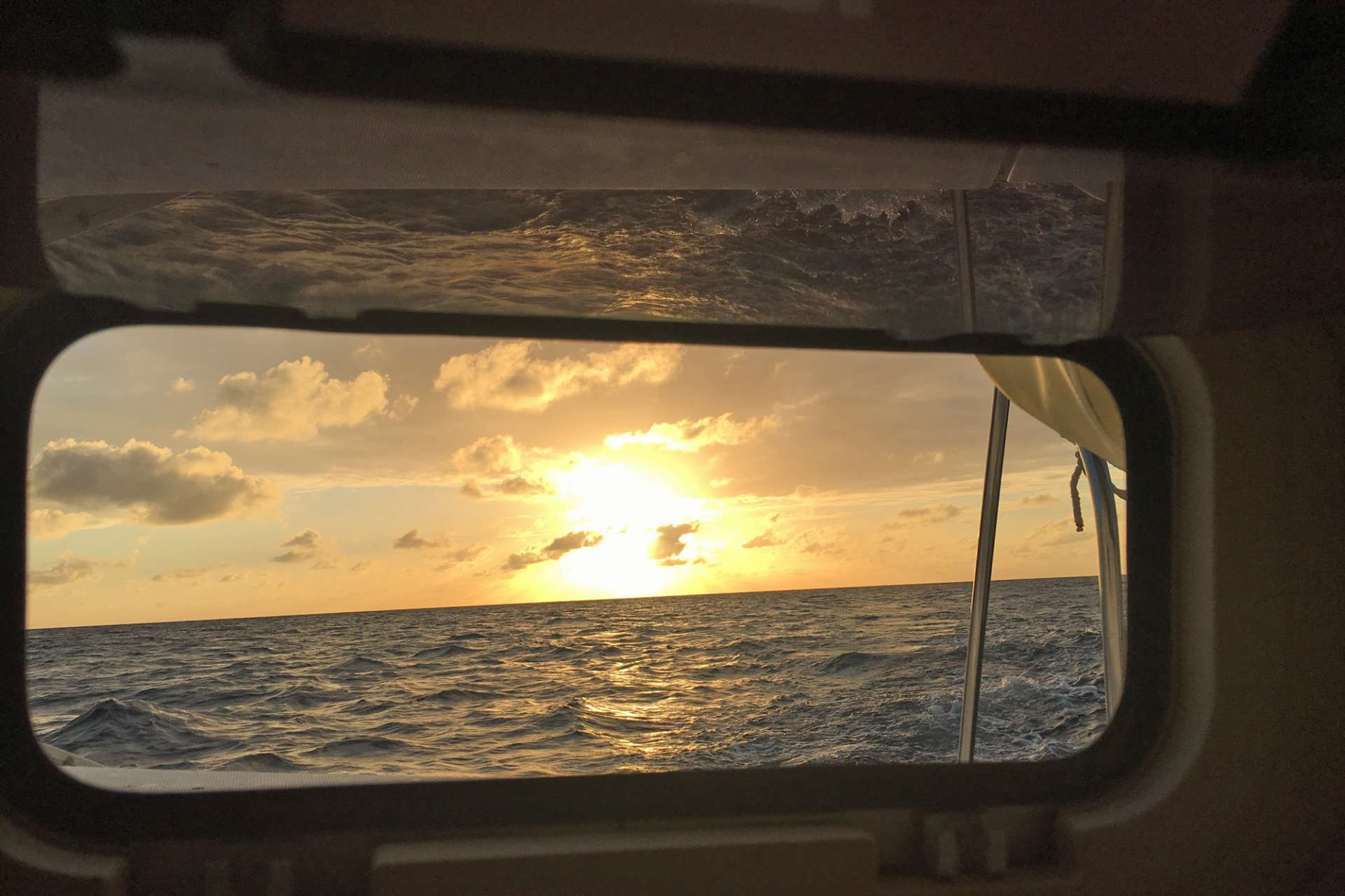 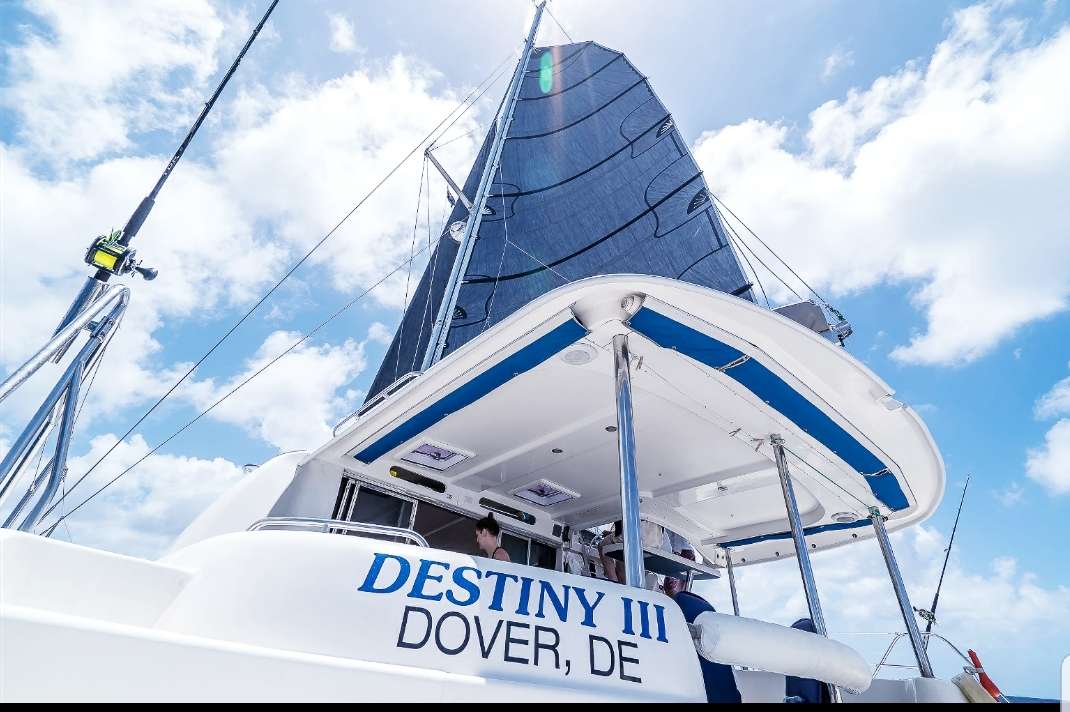 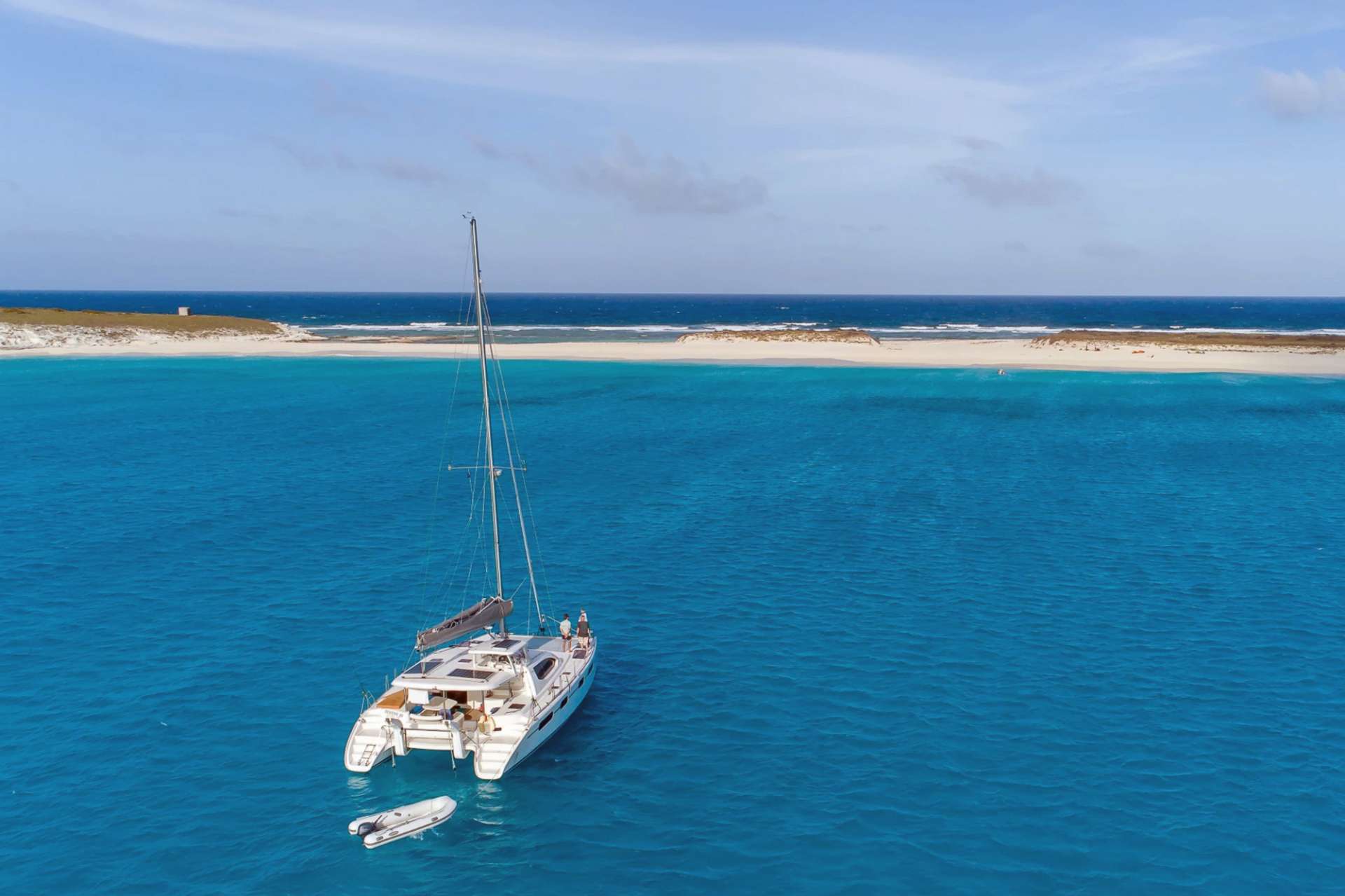 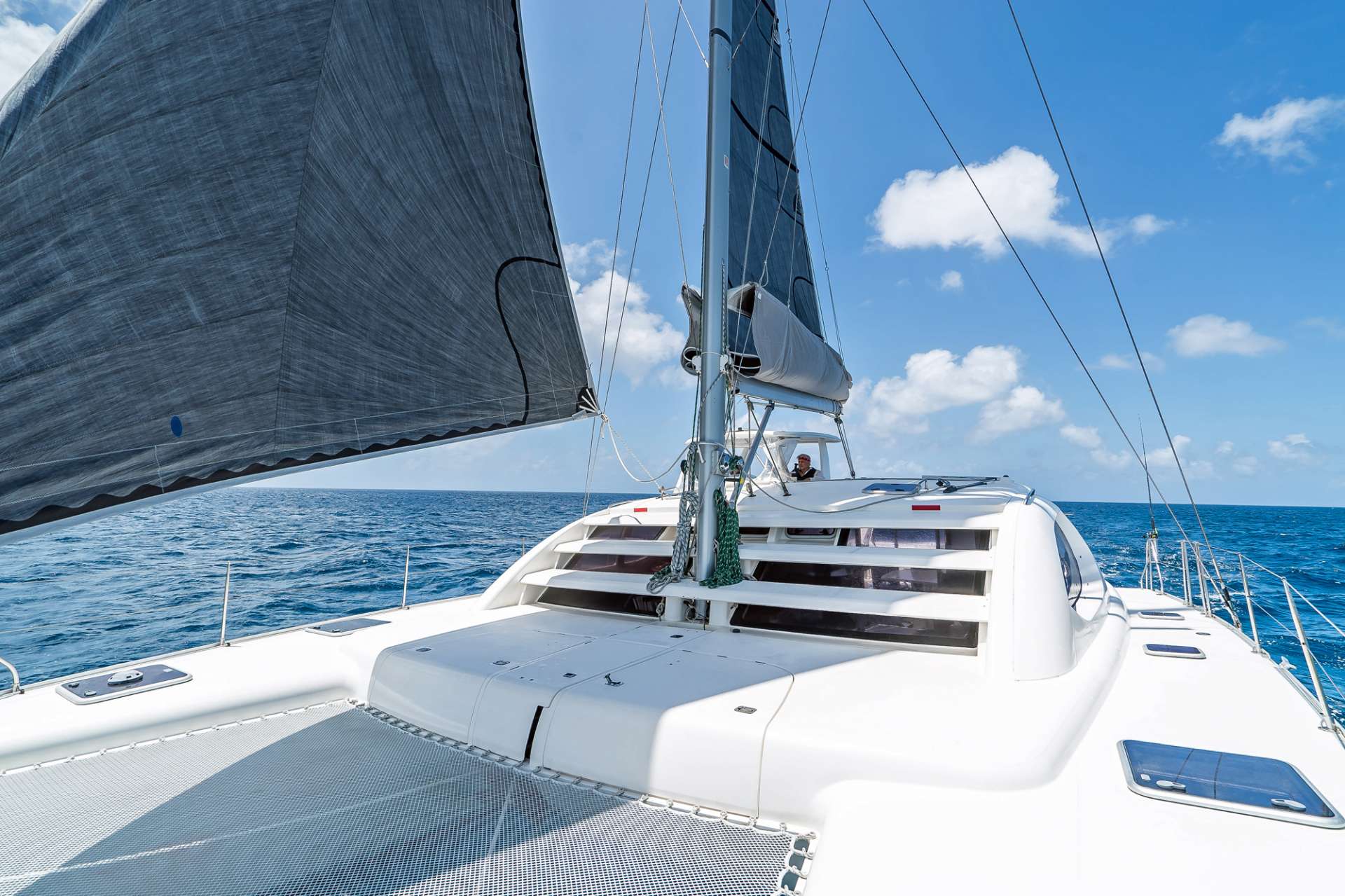 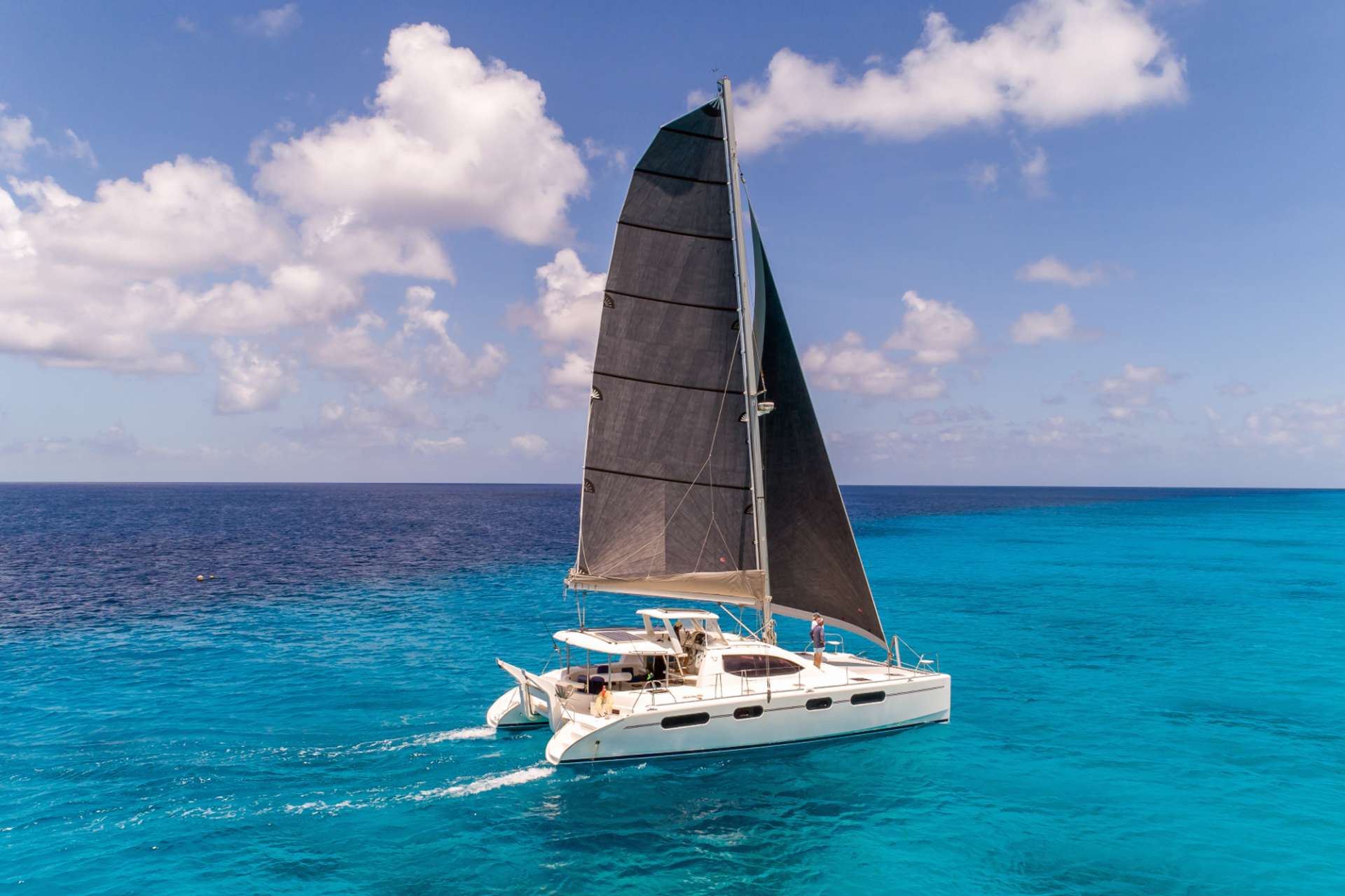 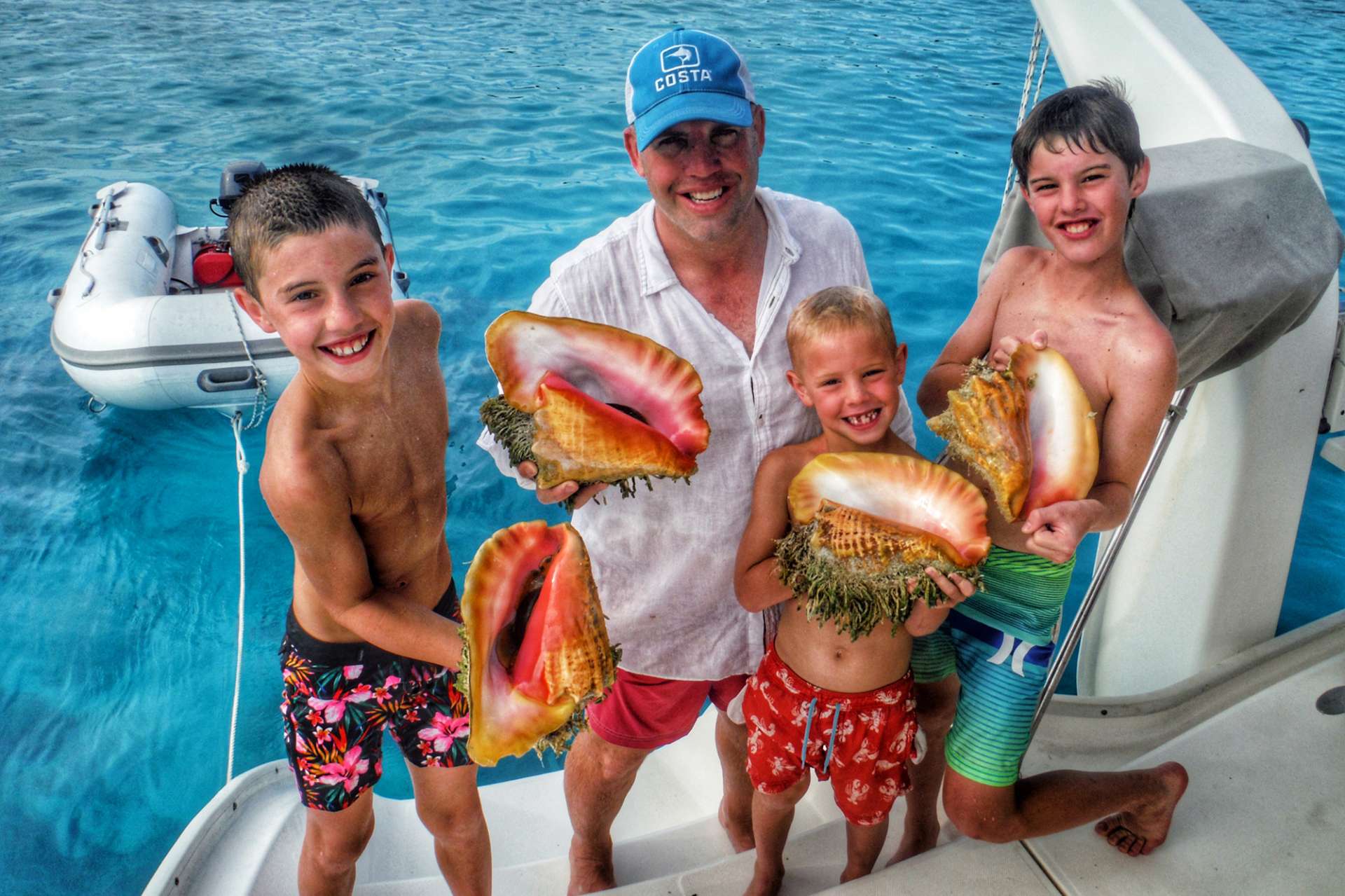 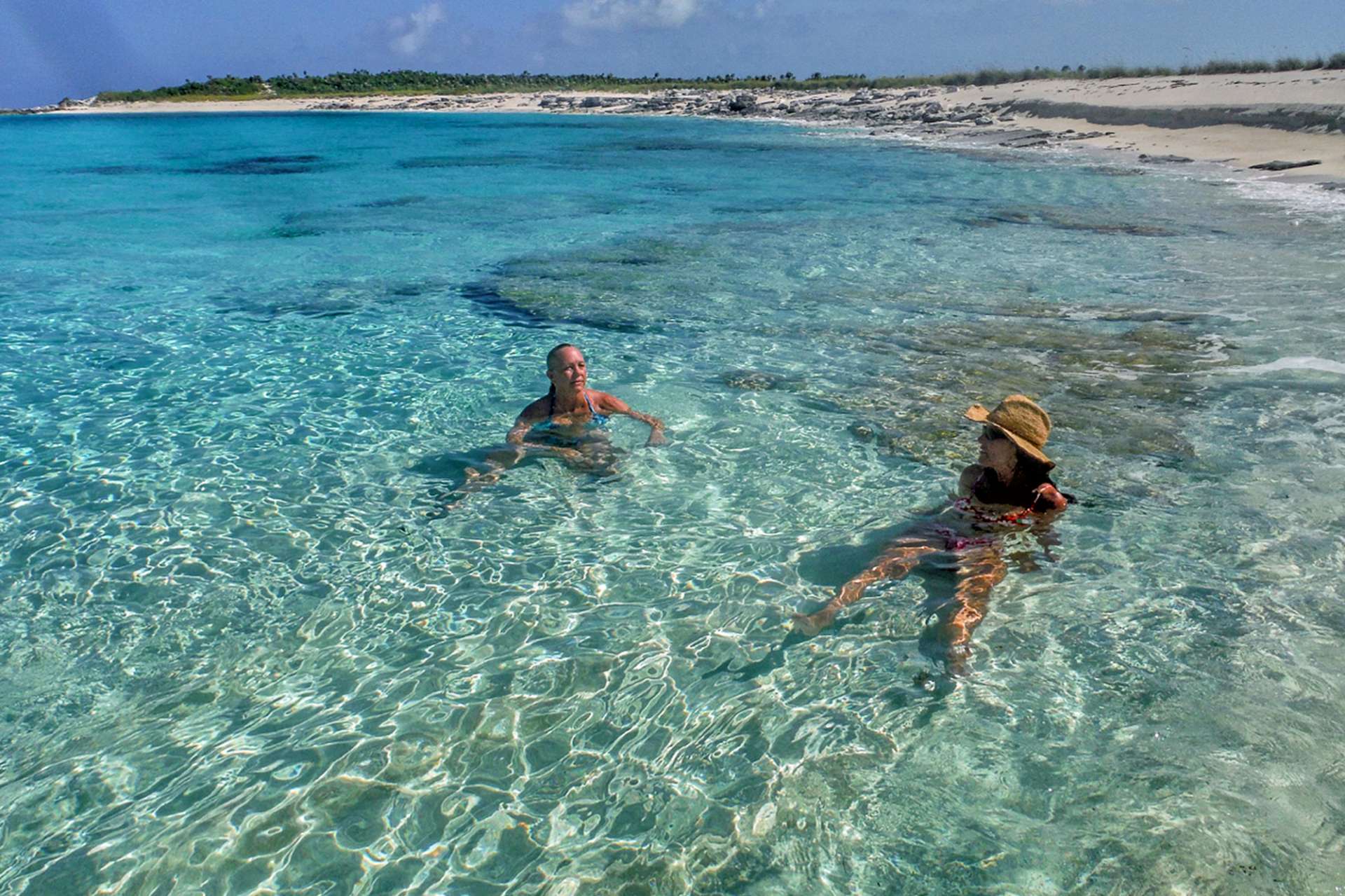 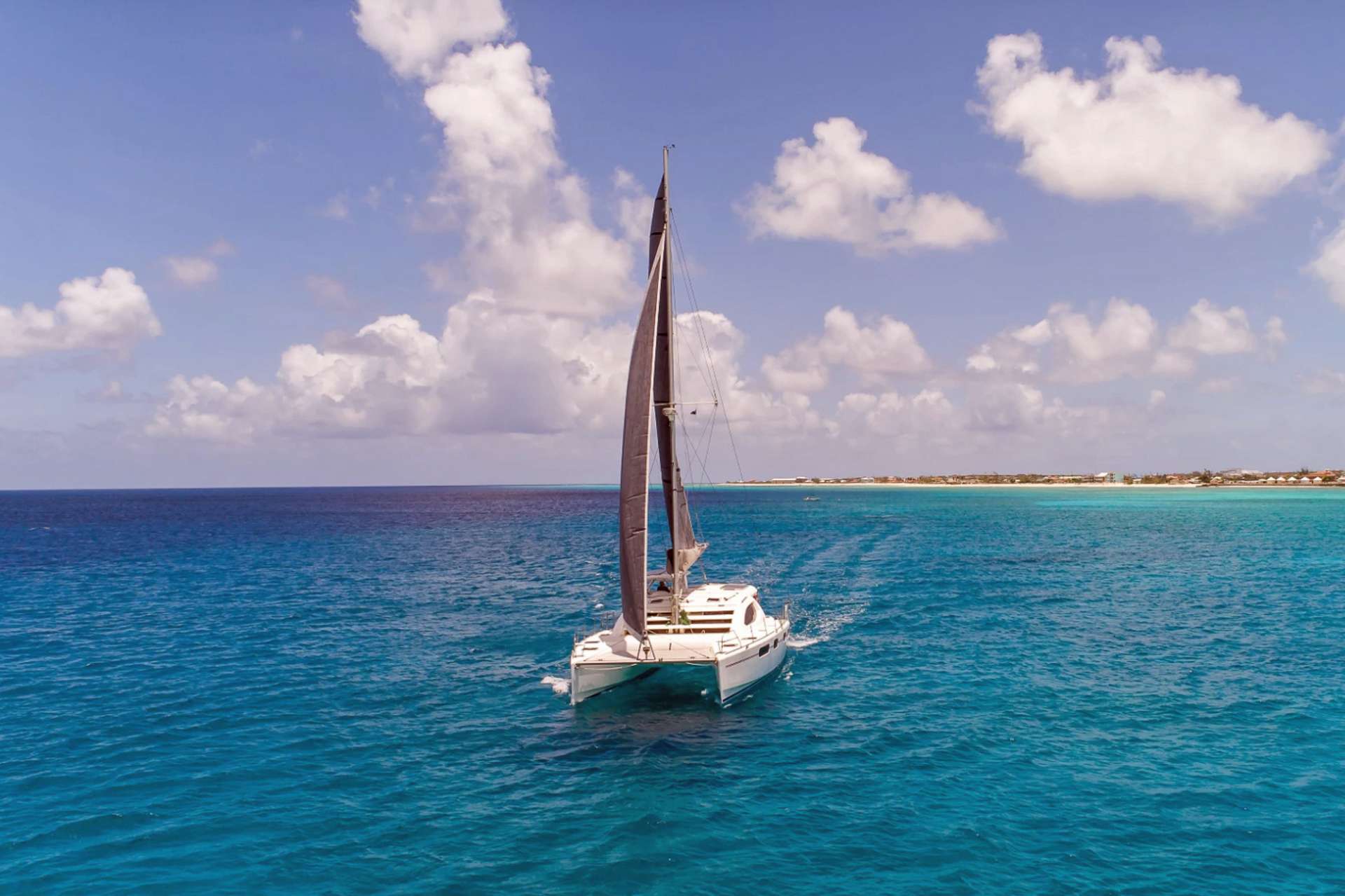 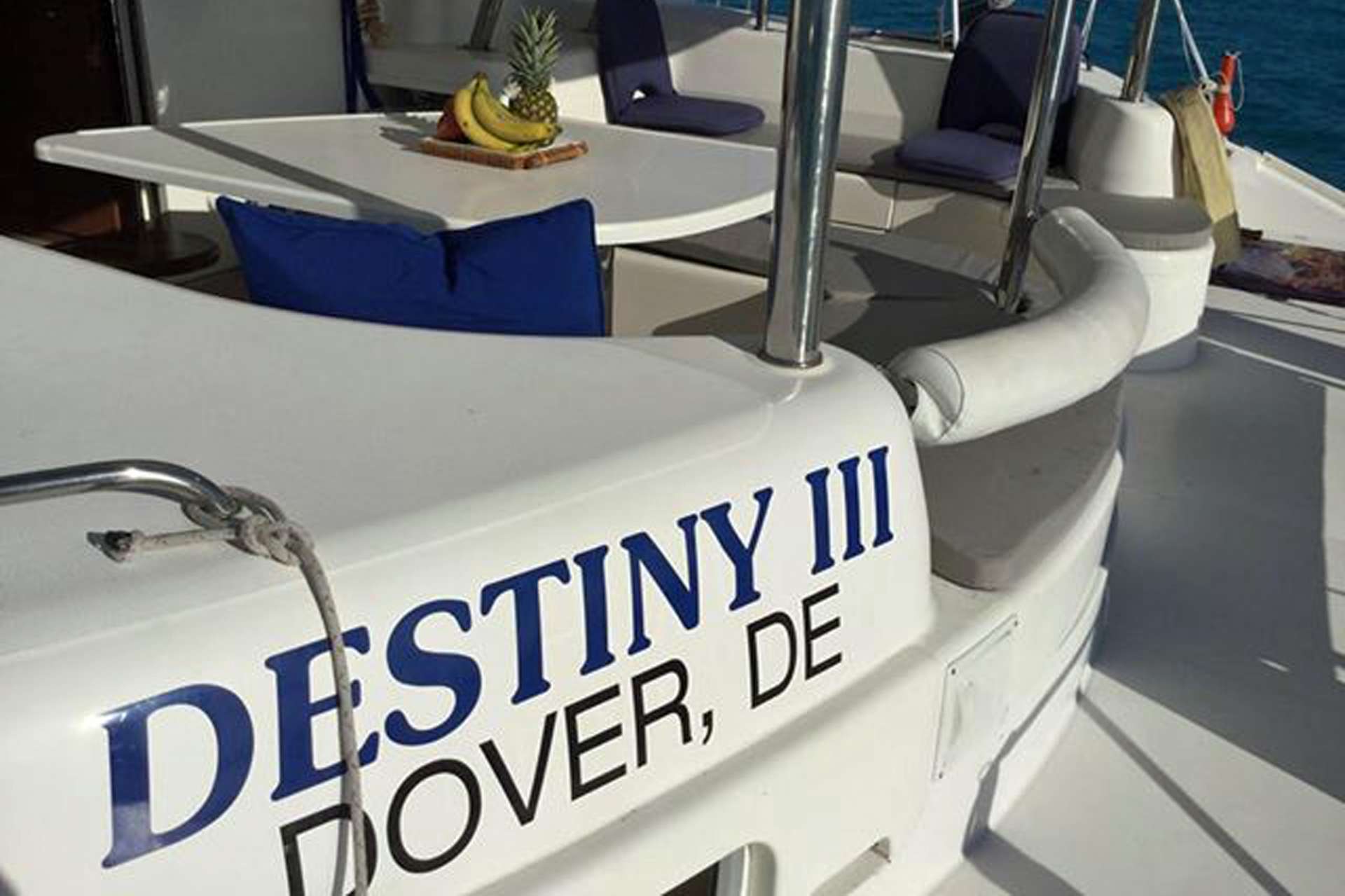 Dear Captain Matt and Jennica, Thank you for an amazing stay aboard. We fell in love with Exuma Islands during our stay, many thanks to you for showing us the treasures and gorgeous secrets these islands hold. The adventures and togetherness our families experienced far exceeded our expectations. Thank you for keeping our families safe during our travels. Jennica, your cooking is spectacular! All six of us ranging from ages 8 to 52 loved your creations you created from scratch. You spoiled us and we loved it! We will surely miss your lasagna, as well as the two of you! We hope to sail with you again!
– Sincerely, Holly and family

Dear Jennica & Matthew, From the sailing and snorkelling, to the exploring and wonderful meals, you thought of everything. We loved getting to know both of you. You made our vacation truly magical! Thank You so much for everything! – XO, Valerie, Greg, Katie and Blake

What a wonderful time we had with you aboard Destiny II. It was planned as a research trip but turned into so much more - a fabulous vacation that allowed us all to reconnect as a family. It is clear that you worked super hard before the charter to pull everything together, which is greatly appreciated. Thank-you for doing such a great job of showing us the Islands, we really packed so much in during the five days with multiple stops per day, (but still plenty of beach time) - thank-you Matthew for your endless patience with all my questions. You clearly have a great depth of knowledge of the Bahamas.

You were both so kind with the children and gracious in your hospitality. And although I understand provisioning is difficult in the Exumas (and you didn’t have much notice for our trip) every meal was delicious and the menu was well planned. The beach bonfire on the last night topped it all off - the kids have not stopped talking about the ‘Smores’ - what a lovely finish to the trip.

There are so many. Everybody’s favorite memory was when Captain Dave pulled out his guitar and we did a little jam session/open mike and we did a little bit of adlibbing. Capt Dave is a phenomenal guitar player. Joe and Steve took turns making up lyrics singing in blues style about being on the Destiny three, we called it the Marathon blues. We could not stop laughing!

Best snorkeling site?
Most of the main reefs were over packed, so he took us on ones that were less packed, we went on three different trips and they just got better every single time.
They were all phenomenal, Captain Dave definitely knows where to go.

Best activity?
Feeding the tarpon, snorkeling and eating. Chef Steve is amazing. They both made the trip very fun and personable.

Best things about your crew?
They were very personable, but also gave you space and time with your family when needed. We had dinner aboard every night which was awesome. Dave helped us with the excursions and directed us on things that he thought would be fun for our family. The food was incredible, our first dinner was the mahi-mahi which was everyone’s favorite. They both treated us as though we were family from the beginning to the end. Dave knew so much about the different areas history and culture which was impressive.

Anything special to mention?
It was more than any of us could have ever imagined! This was by far a once in a lifetime trip. And thank you to Captain Dave and Steve for making it so memorable

I have to tell you this was an awesome trip!!! The boat is spectacular, clean and luxurious, with all the added modern needs, like your own ensuite ,wifi and surround sound, while cruising in the Bahamas. The fresh food was delicious and healthy. The Vitamix makes great pina colada and juices too! Thank You!! Jennica and Matthew for being such great hosts, that made us feel safe and relaxed on such a great big Ocean Adventure! If you have never been on a boat in the Caribbean then you should try it!
– Michelle

Captain Matthew and Chef Jennica are amazing hosts! My husband and I felt so welcomed and all our needs and wants were anticipated by our hosts. We were so comfortable and well fed! Chef Jennica really knows how to put out a lovely melt-in-your-mouth meal! All in all we had a fabulous time on beautiful yacht with wonderful hosts in one of the most beautiful locations on the planet, Exuma Bahamas. Highly recommended!!! – Taj

We have traveled by personal airplane to all the major Islands in the Bahamas and even rented power cats in the Abacos but we always wanted to go to Conception Island. It is just south of Cat Island but is only accessible by boat. Dave and Trish were great, they even let us bring our small dog along that played well with their dog Gigi. It was an unforgettable excursion into a large creek full of turtles, fish and conch in beautiful clear blue waters. Not to mention the multiple beaches, the birds, and the walks in this uninhabited natural reserve we even saw a cool fresh water well. Dave parked the boat so we could snorkel right off the back of it which we did multiple times. It’s a protected marine and land park which might be the reason I saw some of the largest fish I have ever seen in the Bahamas grouper, trigger fish, even a large black fin tuna plus a few harmless nurse sharks. We also got to snorkel another spot by dingy that had some of the largest and most colorful coral fans I have ever seen. Dave is an expert sailer and sail-maker of beautiful carbon fiber sails and has intriguing stories to tell. I must have asked a thousand questions about sailing and he really enjoyed explaining it all. He will even let you help out as much as you like. Sailing a power at was way cool. Trish his wife is fun and entertaining . The boat was super roomy and very clean. The meals were great. If you have a chance it is a trip of a lifetime

"I've just chatted to Addie and the experience was amazing. Captain Kirk was wonderful and even taught the kids how to sail. Jeanne is a phenomenal chef, the food was divine.
They had such a great time and they will certainly be back in the future."